The Baal Shem Tov was a Jewish leader in Eastern Europe who
founded the Hasidic Movement.
In his actions and teachings, The Baal Shem Tov has generated a real
revolution in the Jewish environment, breathing life into its people.
His influence is clearly evident up today – both through his followers
who do walk and behave according to his ways, and through Jews of
all kinds who were and are deeply influenced by his teachings.
The birth of The Baal Shem Tov happened about 50 years after the
announcement of the difficult decrees, ת&quot;ח ות&quot;ט and upon them, the
Jewish people started to be immersed in a very bad situation, known
as a fainting, because the troubles they had affected Judaism as a
whole, in the spiritual and physical way, like if they were living a
dormant stage.

When a man faints, in order to wake him back from his swoon,
people call him by his name, and thereby the person awakens due to
the fact that the person&#39;s name comes directly from his soul.
The same is true when the people of Israel were in a fainting
atmosphere (that was in the pre-natal era of The Baal Shem Tov),
when G d has lowered the soul of The Baal Shem Tov to the world,
whose first name was Israel, as the name of all of them who were
included within the people of Israel in order to wake up and shake
their souls from the fainting.
Rabbi Yisrael ben Eliezer, known as The Baal Shem Tov was the only
son to his parents. At the age of five years old Yisrael lost them.
Before his father passed away, he told him: &quot;My son should not look
from anything else than from G d himself&quot; and deeply love from your
heart to every Jew no matter who he is and what he does.
These words were like a will from his father; he internalized this
message and lived according to it.
After the death of his parents the townspeople took care of him for
his living, but it did not last long. In his childhood, he used to walk
almost every day after his schooling in the forest and wandered
around the trees and the fertile nature. He found there a resting place
and also a moment to study back what he learnt in his classes.
At one point The Baal Shem Tov left the settlement of Ocop and
moved to the Brody Galilee near Podolia. There he became a
&quot;teacher&quot; in one of the rooms and met Rabbi Ephraim of Brody who
offered Baal Shem Tov his daughter and they actually became a
compromised couple. However The Baal Shem Tov wanted this

compromise to remain secret. It was only after Rabbi Ephraim&#39;s death
that the Baal Shem Tov came to marry his wife.
Prior to his revelation, The Baal Shem Tov acted as a &#39;teaching&#39;
assistant, and his job was to lead and bring the children from their
home to the &#39;study room&#39;. Along the way, the Baal Shem Tov instilled
in them spiritual concepts, among other things, with lots of care and
affection, and also guarded them in many ways against the dangers
and also against the dogs.
His work was done with endless joy and love, until the days of his
great disciples said that &quot;those days were the happiest days of his
life.&quot;
At the age of 18, (תע&quot;ו) he suggested to his hidden friends a new
course of action: move from town to town and make sure that there is
a &#39;teacher&#39; everywhere for the children of the place, and where not,
The Baal Shem Tov will serve as the teacher of that town.
At the age of 14, he joined the hidden group, which was then under
the leadership of the &quot;Baal Shem&quot; Rabbi Adam of Rufschitz.
Prior to the passing away of Rabbi Adam of Rufschitz, in a dream, he
had been informed to give the writings that were by Israel Ben-Eliezer
Makop, so he sent his son to seek for Rabbi Yisrael ben Eliezer, The
Baal Shem Tov – and asked his son to give him these writings telling
him that was because they belonged to the root of his soul.
At the age of eighteen, he was officially appointed
the leader of the hidden righteous.

On his twenty-sixth birthday, he discovered his secular brother with
whom he studied Torah for ten years.
On the ELUL day י&quot;ח when The Baal Shem Tov was thirty-six years old,
his secular brothers commanded him to be discovered by the world
and this was done for the first time in the city of Telost.
The Baal Shem Tov then began to advertise his system by traveling
and wandering in many towns. First he dealt primarily with the issue
of the redemption of prisoners, then with the strengthening of the
study of the Torah and the fear from Heaven, and the dissemination
of what is really inside the Torah.
During his trips he used to heal patients by different kind of medicines
and also using amulets.
His amulets were written by Rabbi Alexander Ziskind and later, after
many patients asking for treatments, Rabbi Zvi also assisted him as a
writer, whose interpretations were very valuable. Finally, only Rabbi
Zvi remained his only writer.
In the year ת&quot;ק The Baal Shem Tov moved to the city of Zhivoz, where
thousands of devotees and admirers began to gather around him,
among them many great Torah scholars and famous righteous.
On Rosh Hashanah of year תק&quot;ז, the Baal Shem Tov made a soul-
lifting to the upper worlds. He was told there by the OWNER OF
WORLD that the coming of the Messiah depended on the spreading of
his ideas outside with the words of The Baal Shem Tov, who himself
wrote in a letter that sent to his brother-in-law Gershon Makubov:

“On the eve of the year תק&quot;ז I did the lifting to Heaven of my soul as
you know, and I saw wonderful things with my sight of what I had not
seen until now from my mind… and I went from step to step, until I
entered the Hall of The Messiah where there was a Messiah studying
Torah with all the adequate conditions and the righteous, and with
seven shepherds, and there I saw a great joy … and I asked my
Messiah: &quot;Are you bitter with me?&quot; And he replied to me: Hereby you
will know, as you publish your studies and be discovered in the world,
and spread your ideas across what you have learned and achieved,
and also what you can do as unique and as elevated like you are, and
then all the shells could and would be a time of will and salvation.
And I wondered about it, and I have great grief over time so long as it
can be. &quot;

Although The Baal Shem Tov, founded the Hasidic Torah, the learning
of the really internal side of the Torah and taught how to connect and
study Torah, that is, to discover the soul of every Jew while studying
Torah, most of his teachings were not taught cause he did not receive
permission from Heaven. This fact itself is the Torah.
It is learned that the essence of Baal Shem Tov is here to help every
Jew to discover his soul beyond words and beyond what he has
learned. The main point of study is to know the Name of G d and due
to this, he will be blessed in every situation.
There is a general soul among the people of Israel, where every Jew is
in essence related to The Baal Shem Tov and can and must through his
Holy teaching and Holy influence find and discover his own soul

because this is every Jew&#39;s way to his own salvation and at the same time to the soon general saiving. 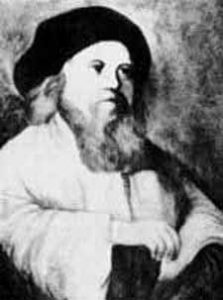